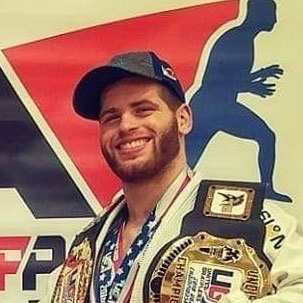 Coach Aaron Tevay is an accomplished Brown Belt who has been training in Gracie Jiu Jitsu since 2011. Since then, he has also developed his arsenal in the martial arts of Judo, Tae Kwon Do, and Kickboxing. He began teaching Jiu Jitsu in 2015, as he now coaches the team at Blackhole Jiu Jitsu Connecticut. He has made it his mission to unlock his student’s full potential as he guides them through their journey of physical fitness and technique mastery. Aaron is the epitome of the term lifelong learner. He continues to evolve as a Jiu Jitsu coach and competitor as he seeks to deliver high-quality instruction. His coaching style bleeds with patience, dedication, and attention to detail.

Aaron has won various national division belts along with securing many regional divisional and open weight gold medals. He is also an accomplished Critical Care Registered Nurse who is BLS, ACLS, and PALS certified.