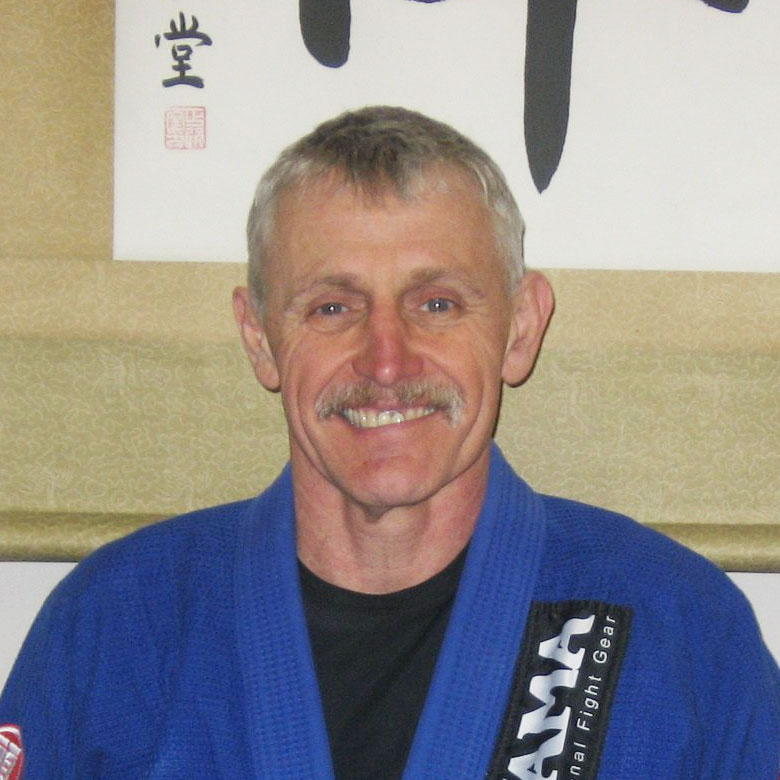 Doug Lindquist is a black belt under legendary Rob Kahn, a third-degree black belt who trained under UFC Champion Royce Gracie. Doug has been training since 1995, starting at the age of 42, and has been teaching since 2010. He is the perfect example of “never too late”. Despite beginning at a late age, and overcoming such physical adversaries as heart disease and cancer, he continues to improve his skills and easily holds his own with advanced students many years his junior. To roll with Doug is truly amazing. Doug favors a quiet discipline. He teaches self respect and respect for others. He is fiercely loyal to his students and they reward him by striving to become better just to live up to his example.