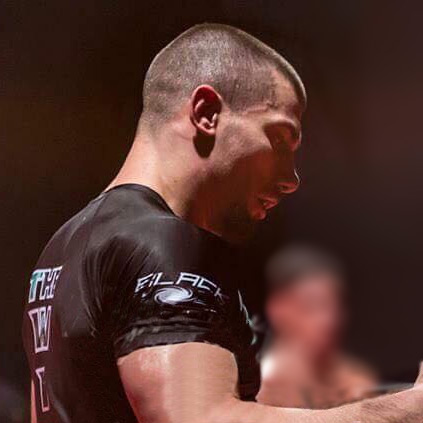 Mike Wacker is a 3rd-degree black belt. Mike has been training in Brazilian Jiu-Jitsu since he was twelve years old, and has been teaching since 2004. At the age of seventeen, Mike began instructing a small group of friends in the basement of his parents’ house: the original “Black Hole”. Today, Black Hole Jiu-Jitsu Academy is located at , 1285 U.S Route 9, Wappingers Falls, New York 12590. The facility is large, well-lit, fully-matted, and climate-controlled. He also has three affiliate locations located in the Hudson Valley area that he oversees and instructs at. This includes New Paltz, Mahopac and Westchester.

Through the many changes Black Hole has seen, one constant that has remained through the years is the passion that Mike has for jiu-jitsu and his dedication to his students. Mike still teaches the vast majority of the jiu-jitsu classes at Black Hole himself, and his expertise for coaching and instruction is evident in the many high-caliber competitors Black Hole has produced. Black Hole Jiu-Jitsu team members have won or placed at almost every level and rank in world-wide competitions. Mike makes every effort to be available to coach his students in competitions and has traveled extensively in this endeavor.

Mike is a progressive instructor. He constantly looks to better his own Jiu-Jitsu so that he can pass it on to his students. This shows in his performances in competition throughout the years. With notable wins over high level competitors such as Diego Sanchez and Ryan Hall, Mike has established himself as a fierce competitor in the sport bjj community.

Mike is open, encouraging, and welcoming. There is great camaraderie and warmth amongst training partners at Black Hole Jiu Jitsu. Whether you are a serious competitor or just someone in search of self-defense instruction or a great workout, Mike will do his best to ensure that you are satisfied. Mike takes pride in being an honest businessman and treats many long term students like family.